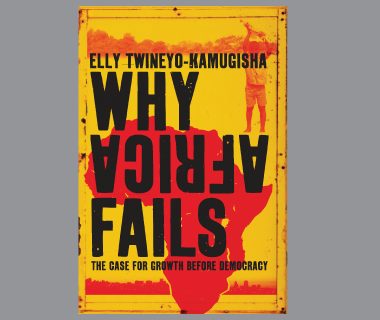 Why Africa Fails: The case for growth before democracy is a fresh look at the problems and successes of African countries. Twineyo- Kamugisha’s survey of sub-Saharan countries looks at what has worked since colonialism ended and extrapolates solutions for Africa in its current state.

As the title implies, Twineyo-Kamugisha takes the controversial standpoint that democracy is unnecessary for the welfare of Africa. He says that governments should first strive for economic growth and be agnostic in terms of political system – be it democracy, communism or dictatorship. This is against the philosophy of Western nations and institutions like the World Bank and International Monetary Fund.

Finally, Twineyo-Kamugisha takes a hard look at China’s involvement in Africa – and again does not follow Western reasoning in seeing it as a danger for Africa.

There are no reviews yet.

Be the first to review “Why Africa Fails” Cancel reply