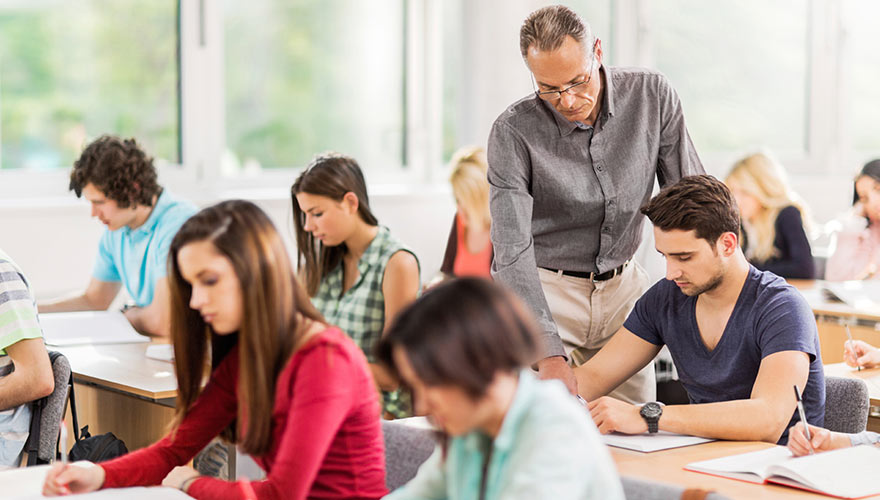 ActionAid Denmark supports trade justice for the benefit of the world’s poor through political advocacy, support for producers and fair trade campaigns.

When the poor are hit by unequal terms of trade
Reyna Américo Saenz belongs to the Lenca people and works as a coffee farmer in Honduras. She used to be unable to afford school and three meals a day for her children. But this changed when she joined the cooperative COMUCAP, which is today composed of 256 women. With support from MS, cooperative members have enhanced their production methods and gained access to the fair-trade market. This has improved Reyna’s living conditions.

Unfair trade rules contribute to keeping millions of poor small-scale farmers and rural workers in poverty. They are worn down in an international trade regime. This regime seeks cheap labour and applies double standards. It forces poor countries to follow trade rules that rich countries themselves will not adhere to.

Trade justice in Uganda
ACTADE, African Centre for Trade and Development, is an advocacy organisation, which – with MS support – works to advance Uganda’s and particularly its small-scale farmers’ terms of trade in connection with WTO and EU agreements on trade and development. There is a lack of close trade cooperation with the neighbouring countries, and the agreements with the EU will hamper trade within the region.

“Our politicians and planners have little understanding of the fact that the key to development and welfare must be found in trade justice.”

In the name of free trade, rich countries put pressure on poor countries to open their markets, so that they are no longer capable of protecting their fragile economies. At the same time, the rich countries maintain import tariffs and hidden trade barriers, which make it difficult for developing countries to export their most competitive products. In addition, the OECD countries continue to subsidise their own farmers at the rate of around 200 billion dollars a year. Rich countries then dump their surplus production in developing countries at prices that destroy local markets and the income of poor farmers.

As a result, people in the developing world pay the price for an unfair trade regime and our demand for cheap goods.

The rules are laid down, for example, within the World Trade Organisation and through the EU’s agreements with former colonies, where rich countries have considerable power and poor countries lose out. The trade regime is negotiated far away from the everyday lives of poor farmers who are in fact directly affected by it.

Something is completely out of balance in the world trade regime. Notwithstanding, increased trade on fair terms is a key condition to support development in poor countries. Trade is an important catalyst for growth and development. Cross-border trade increases production, creates new jobs, and fosters dialogue between peoples. Trade offers the opportunity to produce where it is most economical to do so, and this is a win-win situation, provided that trade partners are on an equal footing, which is currently not the case.
How MS supports trade justice

MS works for trade justice for the benefit of the world’s poor in various ways and at different levels.

We support organisation, awareness-raising, information and training of poor producers. We help them with product development and quality assurance, as well as with access to new markets and by establishing direct trade contacts and cutting out the middlemen.

Through political advocacy nationally and internationally, we seek to influence political decision-making that affects developing countries’ terms of trade. We participate in international networking and support civil society’s influence on trade agreements by training our partner organisations in advocacy. In Denmark, we take part in, for instance, the so-called Danish 92 Group, Clean Clothes Campaign, Danish Ethical Trading Initiative and DanWatch.

Moreover, through fair trade campaigns, we work to influence both consumption patterns and public opinion in our own part of the world in order to promote greater trade justice by stepping up consumer pressure. As a response to the unfair terms of trade, there is growing interest in buying fair trade products. There are now 1.5 million Fairtrade-certified producers, and from 2006 to 2007, the consumption in Denmark of fair trade products rose by 70 percent.
Fairtrade

Fairtrade is a product certification system that certifies producers and goods, ensuring better conditions for poor producers and workers in developing countries. Fairtrade protects the earnings of the producer by guaranteeing a minimum price, which covers the cost of sustainable production. If the market price is above this floor, it is the market price that will be paid. In addition, the producer receives a Fairtrade bonus, which must be invested in social, environmental or economic development projects, e.g. in support of children’s schooling. Fairtrade also certifies that the goods have been produced under decent working conditions without forced or child labour. It certifies that the producers are organised in democratic organisations, and that the production is environmentally sustainable.

MS works alongside partner organisations and producers in developing countries in order to create fair trade contacts and to support and train producers to become eligible for certification.

The idea of fair trade is to create a link between idealistic consumers and poor producers. Thus, fair trade becomes a kind of development work which, in combination with political advocacy for trade justice, may secure a better deal for poor producers.

Fair trade also gives conscious consumers a chance to support and demand just terms of trade for the world’s poor, and to distance themselves from unequal trade rules. It is an opportunity to show respect for people and environment, and to lead the way as a political consumer.

In Denmark, MS puts the spotlight on trade justice during the annual fair trade festival “Fair Fælled” in Copenhagen. MS activists also promote fair trade products at, for instance, high schools, universities and local festivals throughout Denmark. Moreover MS has succeeded in getting Copenhagen approved as a Fairtrade City, and these activities will continue to expand to include all regions in Denmark.

Uganda continues to be one of the top recipients of donor aid on the ...
Read More

The UIA board, according to the Board Chairperson Mr Bitature, should not be rushed ...
Read More

How to Become a Startup Founder